Mr. Pankaj Mundra is the Co-Founder of Nimai Management Consultants. He has got extensive experience of over 17 years in Negotiating & Re-structuring Financing for Corporates, Structuring Trade Finance deals for importers & exporters globally from Global Financial Institutions.

Mr. Mundra began his career with ICICI Bank & then joined Standard Chartered Bank in India before moving to Dubai in 2004. He has also worked as Manager-Business Performance Management, Consumer Banking with ABN AMRO Bank, Dubai. His last stint was with Mashreq Bank where he worked as the Assistant VP – Financial Institutions with roles and responsibilities to monitor business performance for Dubai, five overseas branches and two representatives’ offices.

Mr. Mundra started his journey selling comic books during the summer holidays. He was the first one from his collage hostel to join the Chartered Accountant Industrial Training. After which he introduced more than 20 students from his hostel to this Program.

His philosophy in life is that of helping others. He believes that what goes around comes around. He is open to mentoring people in terms of career progression and entrepreneurship. He is a Yoga enthusiast and an avid traveler. He has travelled across more than 13 countries. 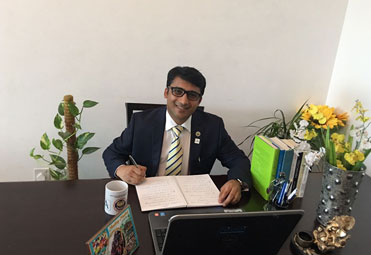 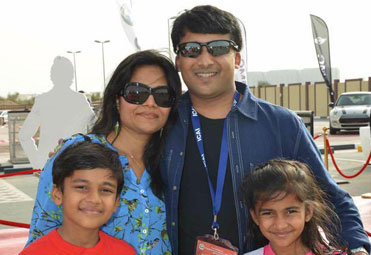 Currently he represents Nimai at International Trade and Forfaiting Association (ITFA) and he is also the Deputy Chairperson for the MENA region at ITFA. Being an Eminent Chartered accountant by profession, he is serving the CA Fraternity from last 7 years as an integral part of the ICAI Dubai Chapter in a different capacity of Vice Chairman, Secretary, Treasurer and he served as the 19th young, passionate and energetic Chairman of ICAI Dubai Chapter from 2016-2017.

He is married to Ms. Rashmi Mundra, who is also a Chartered Accountant, and have 2 kids.